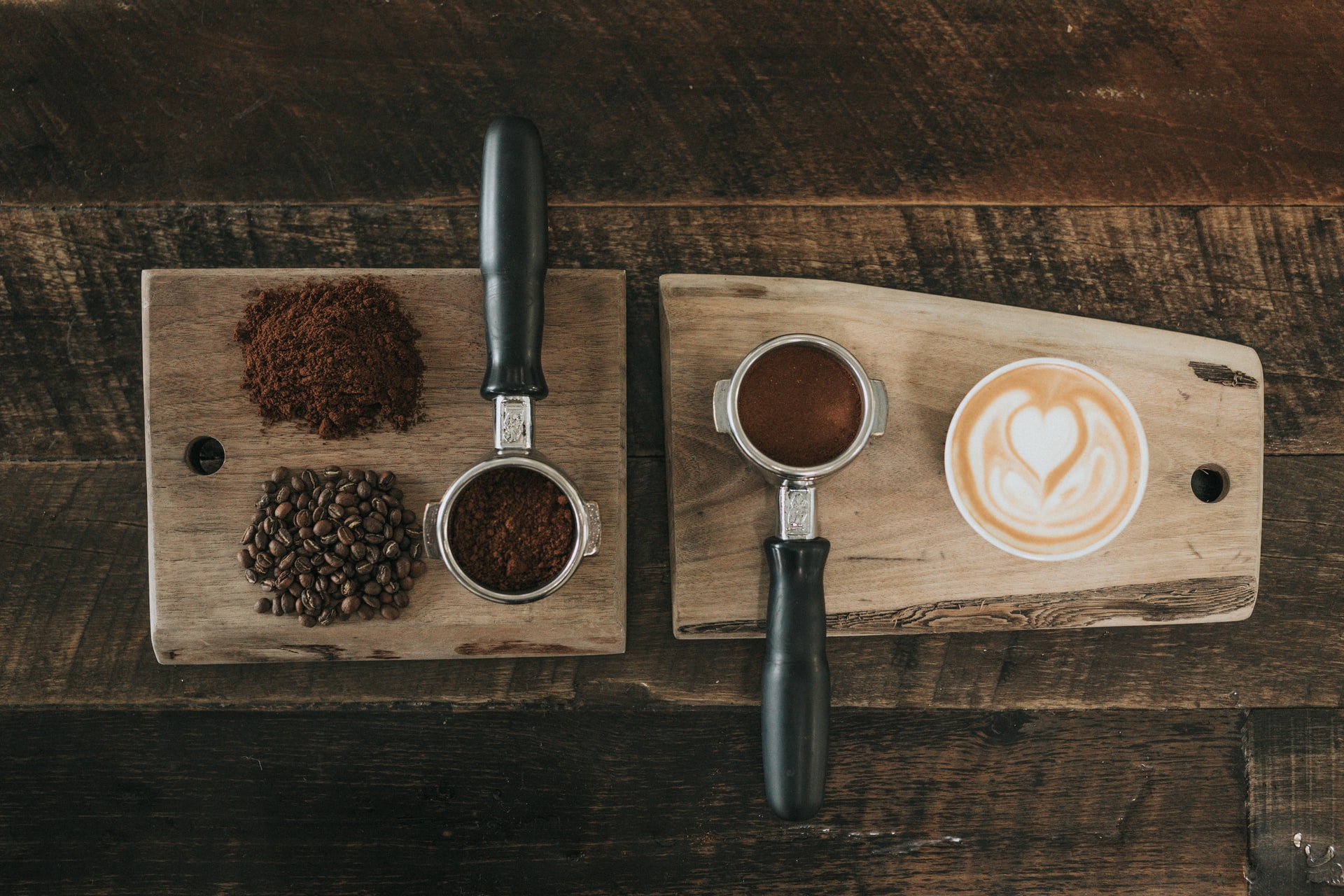 If you’re human, there’s a 50-50% chance you drink coffee. If you’re here, there’s almost a 100% chance that you are doing it at this very moment and want to find more about the precious cup of black gold in your hands.

Today, we’ll be looking at some of the most interesting coffee statistics out there. As society begins to recover from the pandemic, we will need these stats as an inspiration for a coffee-fueled 2021.

So, sit back, enjoy your coffee, and keep reading!

Filling your cup with boiling black liquid seems to be a crucial part of morning routines worldwide. Here are some fun (and less fun) facts and stats about coffee-drinking habits in countries around the world.

1. Brazil is still number one in coffee exports, occupying 40% of the market.

Brazil has been in the coffee export business for a whole 150 years and has never been overtaken as the top producer.

However, the runner-up is not another South American country, but a Southeast Asian one—according to many coffee industry statistics and surveys, Vietnam is the second-largest producer of coffee, currently occupying 20% of the entire market.

The Finns really like their coffee, it seems. This lake-filled Scandinavian nation consumes 12 kg of coffee per person in one year. Second place also belongs to Scandinavians, with Norwegians consuming 9.9 kg per capita, per year.

That being said, coffee statistics for 2019 show that the US is, surprisingly, only 26th on the list, and the UK is even further below in the 45 spot.

3. The US imports most of its coffee from Colombia.

While Brazil is the largest coffee exporter in the world, the US actually relies on Colombia for most of its coffee. In 2018, the US spent $1.24 billion on coffee from Colombia. However, Brazil isn’t that far behind, and coffee stats say that the US purchased $1 billion worth of coffee from this South American country.

Coffee-Drinking Habits in the US

The US millennials spend over $2000 a year on their coffee. They choose their coffee carefully, but they are not alone in this—all age groups seem to be enjoying it more or less equally. Here’s a bit more on how Americans like their coffee.

4. Over half of Americans drink coffee daily, and a fifth of those drink specialty drinks.

Over 150 million Americans over the age of 18 drink coffee daily. Of this number, coffee consumption data shows that around 30 million like to spice up their repertoire. Among the favored brews are cappuccino, latte, espresso, mocha, and iced coffee beverages.

5. The Northeast leads in coffee consumption per day.

We already determined that Americans like their coffee, but who likes it most? In one Statista survey tracking coffee consumption by state, the Northeast clearly takes first place, with residents drinking 2.16 cups per day. On the other hand, Southerners are a little less enthusiastic, consuming 1.9 cups of coffee daily.

However, coffee enthusiasts should be aware: excessive coffee consumption can create an addiction, and it’s no secret some Americans have a problem with substance abuse.

6. Drip coffee makers are the preparation method of choice for Americans.

For the average working Joe or Jane, getting that morning caffeine fix as soon as possible is a must, which is why most Americans prefer to use a quick and easy drip coffee maker, and 45% of them use it on a daily basis.

Interestingly enough, US coffee consumption data also shows that 10 years ago, drip coffee makers absolutely dominated the market, with around 80% of coffee drinkers using this method of preparation. Slowly, drip coffee makers are ceding ground, and the second most-used method is the espresso machine, reaching its peak in popularity in 2017 (at 15%).

7. Men consume more coffee than women in the US.

According to surveys tracking coffee consumption by gender, men drink 2.2 cups of coffee a day, while women drink 1.8 cups. Men note that the main reason they drink coffee is because it helps them get the job done, while women drink it mostly to relax and unwind.

8. Espresso-based drinks are taking over the US.

Due to the fast-paced lifestyle most of us lead, it’s no wonder we like our coffee fast and strong. In the US, more and more people prefer espresso-based drinks like lattes and cappuccinos; in fact, the demand for these types of brews has increased by as much as 50%. In addition, coffee drinking statistics show that Northeasterners are 15% more likely to order an espresso-based drink than their Midwestern friends.

9. The average millennial spends more on coffee than any other age group, at $2,008 a year.

The demographics of coffee drinkers encompass a vast array of age groups, but it’s without a doubt that millennials spend the most on coffee. Currently, the coffee statistics show that the second-highest spenders, 35–44-year-olds, spend significantly less ($1,410 annually), while those older than 44 spend the least, at around $400 per year.

Statistics on the Coffee Industry and Related Jobs

Coffee Industry is huge. It provides jobs, expands and thrives all year round. Let’s look into different statistics to get a better idea of how it all looks like from the inside.

If you’re an upcoming barista looking for an opening in the US, California is the place to be. Second is New York with 35,000 vacancies, and Texas is third with 31,000.

Naturally, some states are less compatible with this profession. Coffee shop industry statistics show that Montana and Wyoming are hiring the fewest baristas in the contiguous US (950 and 890 spots open, respectively), while the US Virgin Islands and Guam have fewer than a hundred open spots (80 and 50, respectively).

12. Idaho leads in job growth for baristas, with an exceptional growth rate of 46.52% over the last few years.

While Cali indeed has the most barista vacancies, it doesn’t feature the greatest job growth percentage in the sector. After Idaho are Maine and Ohio with 37.34% and 31.94% growth, respectively, so perhaps look to find a job there in the following years.

The Health Benefits of Coffee

Some may argue that coffee is addictive and, ultimately, bad for you. However, they are wrong and that’s a scientific fact. Here are some stats you can use next time people feel like bothering you while you enjoy your cup of this devine, healthy beverage.

13. Caffeine helps burn fat since it can increase your metabolic rate by as much as 3%–11%.

One interesting caveat about coffee, or caffeine in general, is that it’s a component of many fat-burning supplements. In fact, it can improve fat-burning processes by as much as 10% in obese people.

The health benefits of coffee don’t stop there: it increases the levels of epinephrine in your body and reduces the chances of developing type 2 diabetes by 23%–50%.

In most recent scientific studies, it has been noted that persons who consume around 1.9 cups daily (which is close to the average coffee consumption in the U.S.) have a lower chance of developing the disease.

15. Coffee can extend your lifespan.

Here’s even more good news for coffee drinkers! In fact, this piece of news comes straight from Harvard; a coffee study performed in 2015 linked coffee consumption with a lower mortality rate (by 8% to 15%). What makes coffee such a superfood remains unclear, but it seems that it doesn’t even matter if the coffee is caffeinated or decaf.

16. Coffee can help with type 2 diabetes.

Another one of the great, albeit unexplained, positive effects of coffee is its influence over type 2 diabetes. In the case of regular coffee consumption, statistics show that this not only reduces the risk of developing diabetes, it also helps those already afflicted. Diabetics drinking coffee have been widely tested, and it has been noted that their blood sugar was 8% higher when they didn’t consume any caffeine during the day.

What percentage of people drink coffee?

Which countries consume the most coffee?

According to most reports, Scandinavian and Benelux countries consume the most coffee in the world. Among those, the Finns drink it the most, with a single person consuming around 12 kg of coffee a year. Next is Norway, with 9.9 kg consumed per capita, then Iceland, Denmark, the Netherlands, and Sweden.

How much coffee is drunk in the world?

The world consumes around 500 billion cups of coffee in a standard crop year. Translated to daily consumption, that’s 2.25 billion cups consumed every day. This makes coffee not only one of the most popular drinks in the world, but as a world commodity, it ranks second to oil.

Is a coffee shop profitable?

The sad truth of running a coffee shop in the US is that, unless you’re in charge of a large chain of shops, it isn’t that profitable. On average, a small café only generates around 2.5% of sales as profit before taxes.

Why do most people drink coffee?

Which US state drinks the most coffee?

The most caffeinated US state currently is Washington. Numerous cities from this state regularly make top 10 coffee-related lists, with Seattle having the most coffee shops established in the state at 278. Washington is closely followed by New York (with NYC being particularly popular among coffee lovers) and California.

How many people consume coffee in the world?

Though it’s hard to pinpoint the exact number of people who drink coffee, it’s safe to say that millions of adults drink at least a cup a day. What we do know for certain—owing to various surveys and organizations that keep track of coffee consumption—is that the world consumed 165.35 million 60-kilo bags of coffee in the 2018–2019 period, a number that rose from 158 million the year before.

Well, as you can see, coffee really is the most popular beverage in the world. It’s especially favored by the Scandinavians, and nearly half of all the US population drinks it. Coffee statistics also show some things we already know—namely that Brazil exports the most coffee. But also we learned some new and interesting facts—like how Vietnam is a major powerhouse on the coffee market, as well. 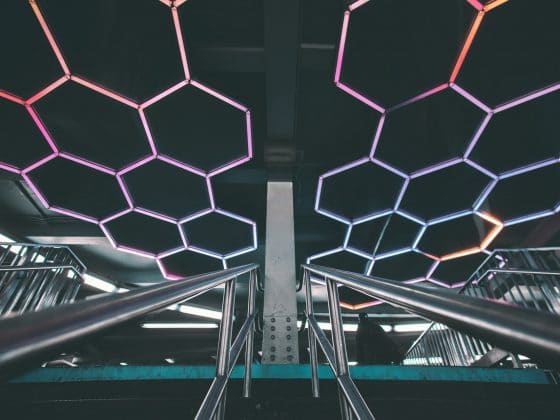 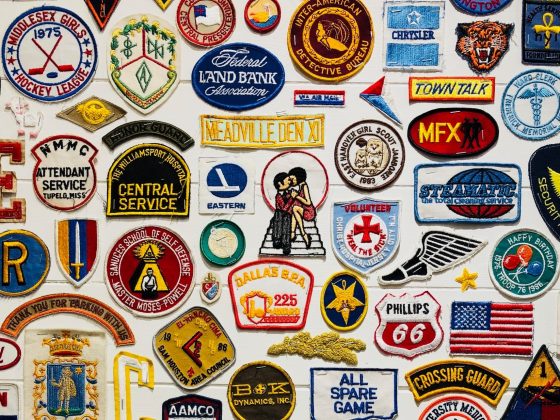