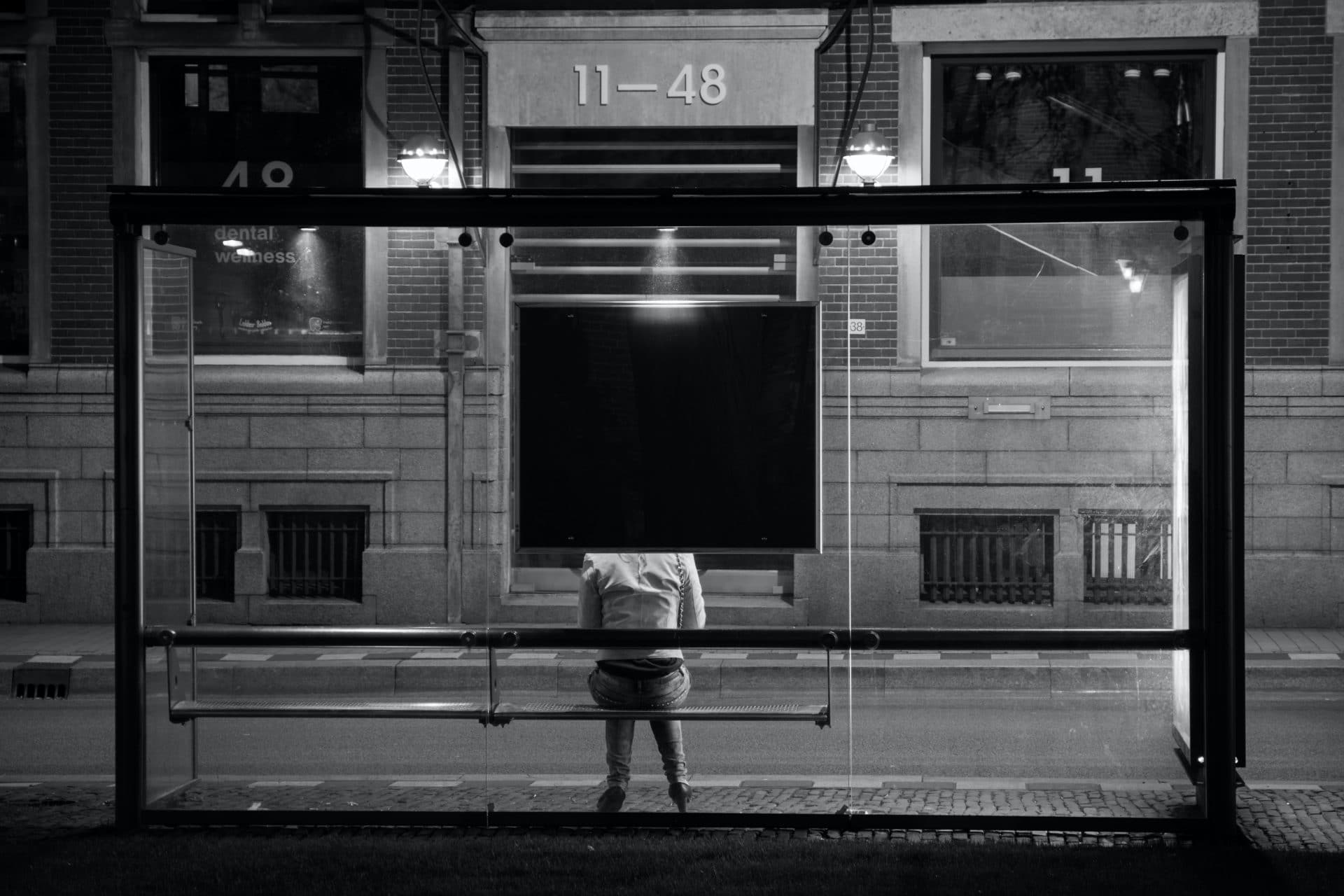 The disease of addiction affects millions of people in the United States and around the world. Lockdowns, economic uncertainties, loss of family members and jobs will go a long way and show their real consequences on addiction statistics in 2021.

The following addiction statistics show exactly how much of an issue substance abuse is among people of all age groups and socio-economic categories. Following that, we will also look at opiate addiction specifically and the results of this addiction. To finish off, we will also offer you some insight into alcoholism.

Top 10 Facts and Statistics on Addiction

To understand the problem better, we need to take a closer look at the basic info. Which is what we will do right now. We will discover how wide-spread this problem is, whom it affects the most, and how do people become addicts.

1. 19.7 million people in the United States had a problem with substance abuse in 2017.

2. Over 90% of people with a substance abuse problem began using drugs, drinking, or smoking before the age of 18.

This just goes to show that people with addiction problems usually start abusing harmful substances very young. As addiction stats show, using any substance from a young age can make quitting the harmful habit at a later stage in life much more difficult.

3. In 2016, around 24 million people in the US claimed that they used marijuana.

According to marijuana addiction statistics, this sums up to around 9% of the population. 14.7 million of these people were men, and 9.3 million were women. This data shows that men are more likely to use marijuana than women are.

Alternatively, around 74% of people suffering from a substance issue struggled with alcohol specifically. Alcohol is an addictive substance, and just because it is legal, that doesn’t mean it can’t lead to substance abuse.

This works out to around 7.3% of the population. Heroin addiction statistics show that in the decade preceding 2017, heroin use among this age group had doubled.

In 2002, 8.3% of the American population was using illicit drugs, and in 2013, that number was up to 9.4%. This shows that illicit drug usage had become more popular in the United States during that time frame.

This includes healthcare, crime, and loss of productivity in the workplace. The annual amount just for direct healthcare due to these issues is $137 billion, according to addiction statistics. Substance abuse can cost the taxpayer quite a bit of money when it comes to healthcare, treatment, and crime.

8. Overdoses due to prescription medications cause the most overdose-related deaths in the United States.

In the year before (2017), there were 21.6 deaths per 100,000 people in the US. This just shows how prevalent death through accidental overdose is, and measures need to be taken to limit the number of deaths due to drugs.

10. In 2017, drug overdose rates were the worst in West Virginia, Pennsylvania, and Ohio, as shown by substance abuse statistics.

11. In the United States, the city with the highest use of cocaine is Phoenix, Arizona.

More than 20% of the population of this city has experimented with or tried cocaine before. Cocaine is the second most popular drug in the US. Cocaine is a dangerous street drug that is addictive and can cause great harm.

12. According to meth addiction statistics, the two cities in the United States with the highest rate of methamphetamine usage are Phoenix and Mesa.

In many cities of the United States, methamphetamine is used more than four times as often as heroin. Methamphetamine is a dangerous and highly addictive substance that can cause great damage to the person using it.

13. When it comes to heroin usage, Omaha and Indianapolis have the highest rates in the country.

Around 3.4% of citizens have tried this incredibly dangerous street drug. Heroin is widely known for being highly addictive and dangerous as it is easy to overdose on this street drug.

The opioid overdose crisis is a rampant issue all over the US, and it’s not being given enough attention. Every day, over 100 Americans die because of opioid misuse, and here is what you need to know about this issue.

15. Around 21% to 29% of people who are prescribed opioids to help ease chronic pain misuse the drugs.

In addition to this, around 4% to 6% of people who misuse their opioid prescriptions end up using heroin, say opiates addiction statistics. This data shows us that it is easy to become hooked on opioids through medication and then move on to more dangerous street drugs.

16. There are many harsh symptoms of withdrawal from opioids, including vomiting and diarrhea.

Other symptoms include cravings for the drug, frustration and anxiety or irritability, abdominal pain, cold shivers, insomnia, and tremors. Withdrawal from opioids can be dangerous and even life-threatening.

Prescription opioids are an increasing problem, especially in the United States. Some people feel that they aren’t risking anything by taking the drug, as it was prescribed by a doctor. However, stats on addiction show that opioids are addictive and can cause great harm.

These included any prescription opioid overdoses as well as overdoses from illicit opioids. Whether prescribed by a doctor or purchased from a street dealer, these drugs are incredibly dangerous.

Alcohol is different from previous substances we discussed by the mere fact that it is socially acceptable. Over the years, it became a synonym for having a good time. This is why more and more young people choose to indulge themselves and cross the line, turning into alcohol addicts. This is a story about them.

19. 26.45% of those aged older than 18 said they had experienced binge drinking in the previous month.

A further 6.6% said they had been drinking heavily in the previous month. This information was from a survey conducted in 2018 and shows how prevalent alcohol abuse is in the United States.

20. Around 14.4 million adults in the US suffer from alcohol use disorder.

That works out to around 9.2 million men and 5.3 million women who have alcohol use disorder. That’s a large portion of the country’s population who suffer from alcohol dependency problems.

21. According to substance abuse statistics, around 7.9% of people over the age of 18 who suffered from alcohol use disorder received treatment during the previous year.

That is around 8% of men and 7.7% of women who suffered from alcohol use disorder. Proper treatment of alcoholism can help a person regain their life after suffering from an alcohol problem.

22. Around six people pass away from alcohol poisoning every day.

Alcohol poisoning is caused by consuming too much alcohol in a short period. Alcoholism plays a role in around 30% of all deaths due to alcohol poisoning. Excessive drinking is incredibly dangerous and is often overlooked because it isn’t illegal.

What percentage of the population has an addiction?

That’s a large number of people who suffer from the disease of addiction. They need help in the form of treatment to survive without the use of mind-altering substances.

What percent of the population is addicted to drugs?

In the year 2013, around 24.6 million people over the age of 12 in the US had made use of an illicit substance in the month before the survey. The substances were not all hard drugs, as marijuana was the most common drug used by those interviewed.

In that same year, around 6.5 million people in the United States over the age of 12 had used prescription medication for reasons other than those they were prescribed the drugs for. This misuse of prescription drugs is an increasing issue in the country.

What is the incidence and prevalence of substance use disorders?

In 2017, there were around 5.1 million people in the United States between the ages of 18 and 25 who were addicted to substances other than alcohol. This works out to around 14.8% of the population in this age group. This means that one in every seven young adults had a problem with drugs.

For alcohol, in that same year, around 3.4 million people aged between 18 and 25 had a problem. This means that 10% of young adults suffered from alcoholism.

People who suffer from substance abuse problems, often have bad health because they aren’t getting the right nutrition and other things necessary for their well-being.

Millions of people around the world suffer from addiction. What these 2021 addiction statistics show is how many people are affected and how many deaths are caused by substance abuse. Whether it’s alcohol, illicit drugs, or prescription opioids, addiction kills, and people in the grip of addiction need help.

This isn’t necessarily a modern issue, but the problem of widespread addiction seems to be increasing worldwide after the stress and pandemic lockdowns.

Jessica is a writer and editor from Cape Town, South Africa. She started her journey studying journalism and media studies, along with English literature. Since then, she’s written for many different websites on a number of subjects. She loves any topic that she can really sink her teeth into, and she makes sure that everything she writes is thoroughly researched. 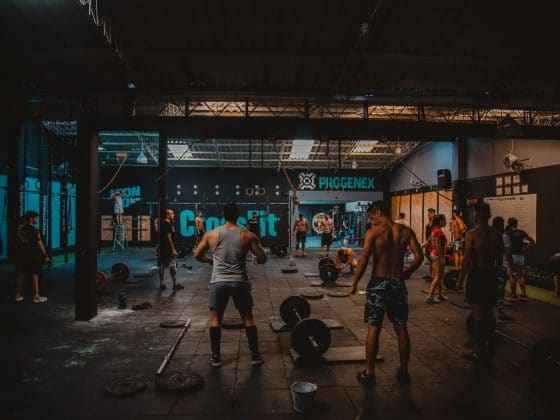 33 Fitness Industry Statistics to Keep You in Shape in 2021 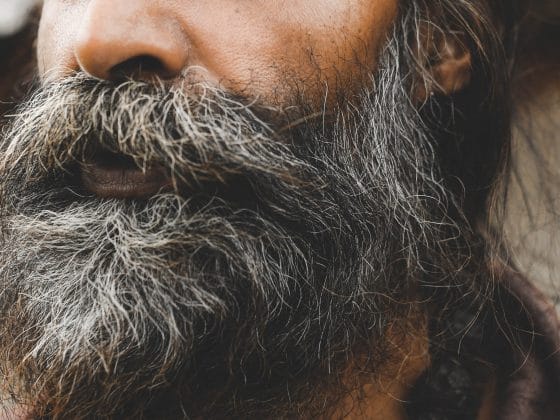