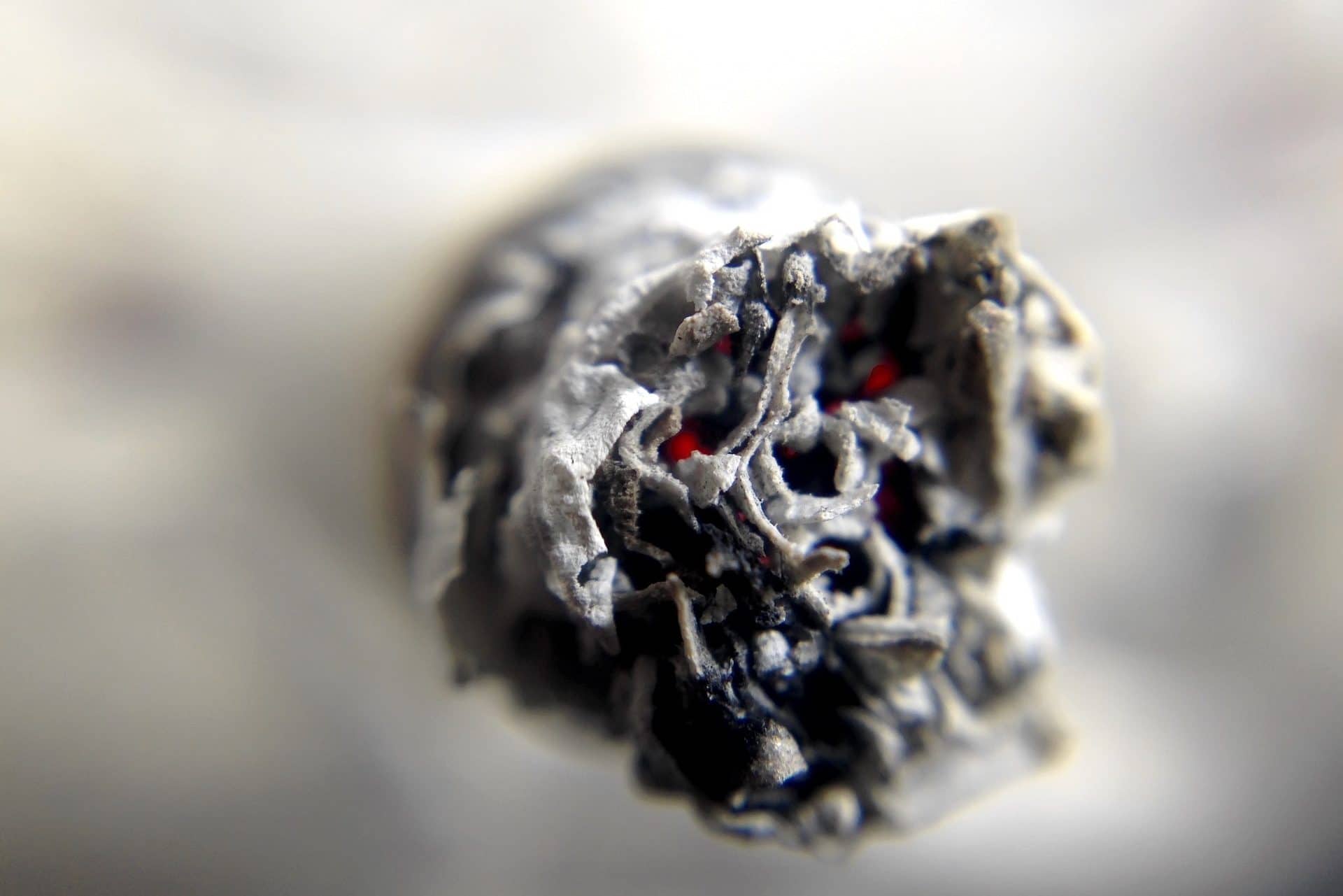 Smoking is one of the worst habits you can have — it’s terrible for your health, wallet, and social life. These smoking statistics show us that people are finally waking up to the dangers of smoking and starting to lead healthier lives in 2021.

It seems that various anti-smoking campaigns employed over the past few decades have seems taking hold. Add better education about the health risks of smoking and increased awareness, and you’ve got healthier lungs all around the planet.

Join the rest of the world in this fight against cigarettes, and motivate yourself to live a higher-quality, smoke-free life.

Top 10 Smoking Statistics & Facts to Watch Out For:

Before we get on to more serious statistics, let’s go over some basic information on smoking and smokers. Who are the people who smoke the most? How frequent is smoking among different social groups? Read on!

1. 36% of people who have a GED certificate are smokers.

Moreover, 18.3% of those who went to some college but don’t have a degree are smokers, and so are 19.7% of those with a high school diploma.

2. 12.5% of those who live with a partner or are married smoke, CDC smoking stats say.

The second-lowest percent of smokers was among those who were single, not living with a partner, or never married –13.9%. Those who were widowed, separated, or divorced were most likely to be smokers, with 18.1% among the age group reporting consuming cigarettes.

3. 20.6% of those who belong to the LGBTQ+ community are also smokers.

In comparison, only 13.5% of cis and heterosexual adults consume cigarettes.

4. 19.2% of those who had a disability or limitation were smokers.

That’s significantly more than people who have no disability or limitation – 13.1%

5. CDC smoking facts: The percentage of smokers with Medicaid and without insurance is the same – 23.9%

17.4% of those who had other public insurance were smokers, while that number for those with other private insurance is 10.5%. Additionally, smoking was prevalent among 9.4% of adults who only had Medicare insurance.

6. 13% of those with no serious psychological distress reported smoking.

Smoking Statistics Worldwide & in the US

Cultural and social background seem to be playing an important role in this matter. Some cultures are more open to, and more accepting of smoking than others. Here we will analyze this matter to find out how different aspects of your background affect smoking habits.

This is a significant decrease from 2007 when 27% of high-income adults reported being smokers. In comparison, only 13.9% of low-income adults said they were smokers in 2007. The number went down to 11.2% in 2017 for the same group, proving that smoking is a luxury.

8. 32% of the global population was subject to programs against tobacco, according to anti-smoking facts.

There are different tobacco control policies around the world, with tax increases being the most effective method. Tobacco prices have gone up by over 75% of the retail price.

10. The number of total cigarettes consumed has significantly decreased in the US from 1980 to 2015.

It seems that anti-smoking campaigns like restrictions on public smoking, taxes on cigarettes, and better education about the health risks have borne fruit over the last few decades. The number of total consumed cigarettes went down from 632 million to 267 million.

11. Smoking statistics by state: West Virginia, Kentucky, Arkansas, and Indiana have the highest smoking rates as of 2018.

However, the percentage of the total US population dropped to 14% in 2017, marking a significant decrease over the past few decades.

Now that we’ve been through basic facts and numbers about how wide-spread smoking is, let’s dwell on some more specific data.

Smoking is equally bad for everyone, but the purpose of this section is to break down the general data, some of which are a tad concerning once you realize that even children before they enter teenagehood.

12. 28.9% of US high school students said they tried a cigarette at some point in their lives.

According to the same data from 2017, 27.3% of those students were female, while 30.7% were male. The data concerns students in grades 9 to 12, and it accounts for those who ever tried smoking, including just taking a puff or two.

According to teen smoking statistics, 8% of those students were female, while 10.9% were male. There is a distinction between ethnicities as well as gender, with 8.9% of students being Caucasian, 10.8% African American, and 10.1.% Hispanic.

Even though this might seem like a high percentage among young students, smoking statistics from 2019 show smoking decreased by half since 2009. In 2009, 31.2% of youngsters reported already trying cigarettes. What’s even more amazing is that this number went down from 57.4% (1997) in just a bit over two decades.

15. Men smoke more than women, even though smoking in the US has decreased.

Smoking is less common among people older than 64 and younger than 25, regardless of their gender. People are more likely to consume cigarettes between the smoking age of 25 and 64, smoking facts say.

When it comes to race and ethnicity, smoking is the most prevalent among American Indians and the least common among Asians.

16. Men are also more likely to be current smokers than women.

There are a lot of anti-smoking campaigns that focus on how hazardous smoking can be. We know that, but it doesn’t hurt to repeat the most troubling ones we came across during our research. Read them, and perhaps you’ll reconsider quitting.

The high percentage of smokers who want to quit in the US concerns those who smoke less than one pack a day. As known by everybody who tried to quit smoking, facts show that it can be very difficult, making wellness programs and smoking cessation programs one of the most popular benefits an employer can offer.

18. Men are at greater risk of dying from emphysema and bronchitis than women.

19. Stats on smoking tell us 51% of those who smoked more than one pack a day believed smoking was harmful.

It seems US citizens are more and more aware of the health issues of smoking, with more than half of smokers realizing that smoking more than a pack of cigarettes a day is harmful. This opinion has prevailed from 2001 to 2017, yet it doesn’t seem to have stopped people from smoking.

20. 39% of employers offered smoking cessation wellness programs to their employees in 2019.

Smoking statistics in the US show that employers are striving to help their employees quit smoking more and more, with close to half of employers offering smoking cessation wellness programs as part of work benefits.

In comparison, only 13% of employers offered onsite stress management to their employees, leaving room for improvement, as stress is often a trigger for smoking.

Because tobacco smoke is made up of 7000 chemicals, of which 69 are known to cause cancer and 250 are known to be harmful, second-hand smoke can be just as dangerous as smoking.

This is why it’s important to ban smoking in enclosed public spaces. It can cause cardiovascular and respiratory diseases, pregnancy complications, and sudden infant death syndrome.

Children are vulnerable to the harmful effects of smoke-filled air, too, with smoking stats warning that 65.000 die annually from illnesses associated with second-hand smoke. Even if their home is smoke-free, almost half of all children are still exposed to the harmful chemicals of tobacco smoke in public places.

25. Increasing the tobacco tax is one of the best ways to reduce tobacco use.

This is especially true for low-income people and youth. Increasing tobacco prices by 10% equal a 4% high-income country decrease in consumption. For low and middle-income countries, the decrease is 5%.

Only 14% of the world’s population (38 countries) have introduced a higher tax on tobacco products, though.

What percentage of smokers die from smoking?

One in five people in the US dies from smoking each year. This includes 480.000 deaths annually in total, including deaths from second-hand smoke. 278.544 among the total number of people who die annually are men, while 201.773 are women.

What percentage of smokers get cancer?

Men who smoke are 25% more likely to develop lung cancer. Male smokers are also at a higher risk of other forms of cancer and stroke, as well as coronary heart disease.

Almost half, 47%, of deaths from the pharynx and oral cavity cancers, are attributed to smoking. Also, 45% of deaths from urinary bladder cancer are connected to cigarettes.

Will 2 cigarettes a day kill you?

Even though people believe smoking just one or two cigarettes a day is safer than smoking a whole pack, evidence shows that light smokers are still at a higher risk of premature death and smoking-related diseases than non-smokers.

People who smoke one cigarette a day still have a 64% higher risk of dying early, leading us to the conclusion that cessation benefits everyone, regardless of how much they smoke.

At what age do most smokers die?

Premature death in smokers is very common, and the life expectancy of smokers is 10 years shorter than that of non-smokers. If you manage to quit before you turn 40, your risk of dying from smoking-related diseases decreases by 90%.

Smoking statistics for 2021 show a positive change over the past few decades, as people, regardless of their gender and age, realize what a negative impact smoking has on their lives.

Consumption is decreasing, and more and more smokers are trying to quit, giving us a hopeful image for the future. You can contribute to making these statistics more positive by cutting cigarettes out of your life and continuing to work on yourself. 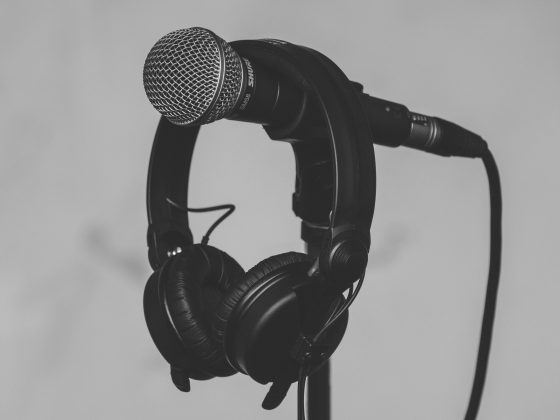 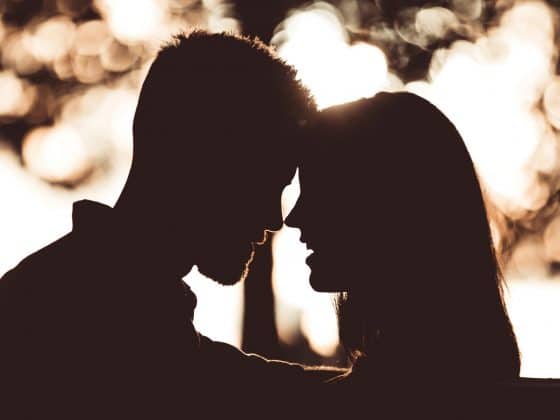