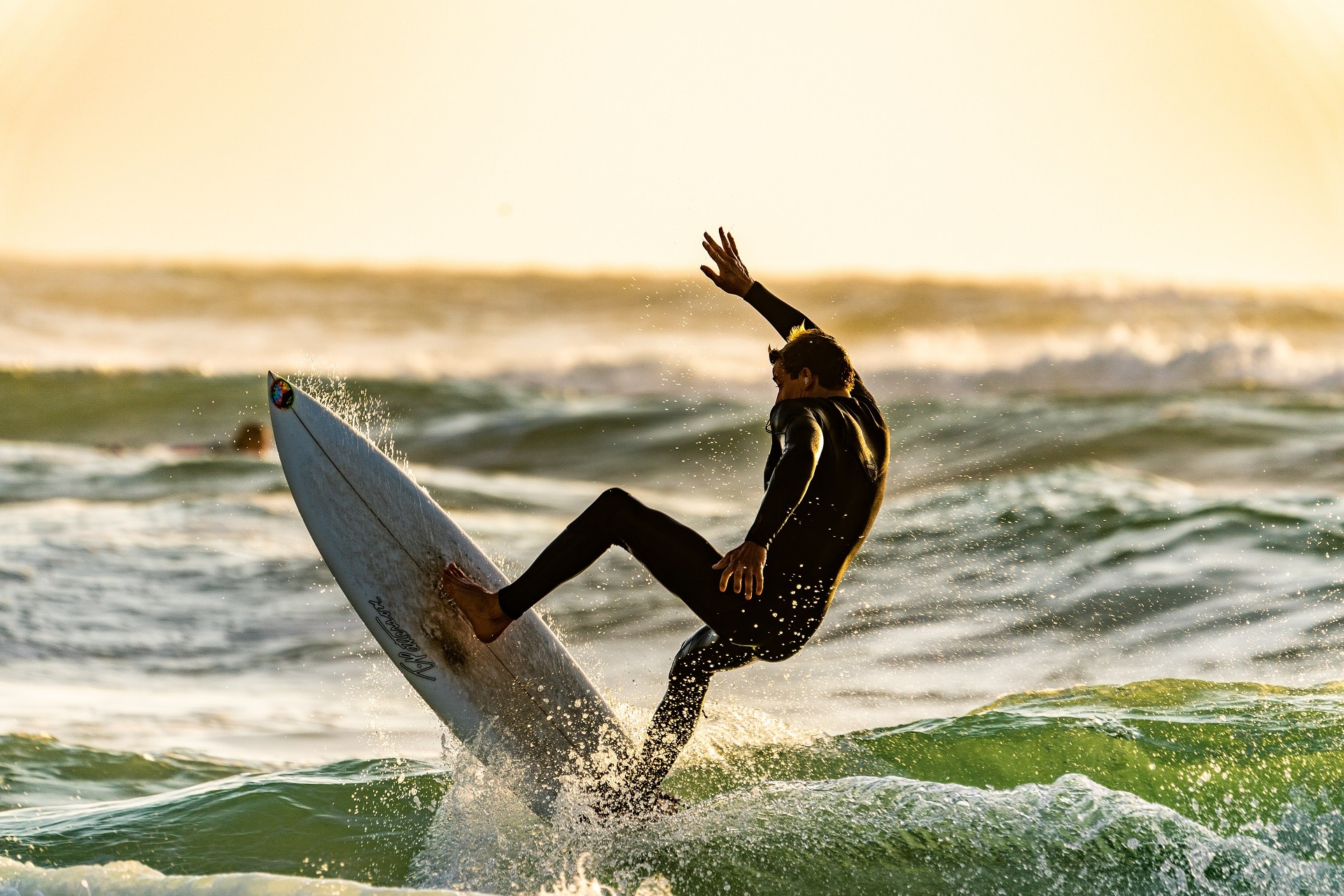 Surfers worldwide constitute a unique culture, which is especially influential in some parts of the world, such as Australia, Hawaii, and California. To most of us living far away from the shore, this water sport has always been sort of a mystery.

Surfing is not easy — you need to know how to catch waves, maintain the perfect position on the surfboard, and paddle around controlling your speed and movements. Sounds like rocket science?

It might be challenging, but surf statistics show that the persistent ones quickly develop a kind of addiction to it. Why is it so, and are there any dangers to it? We’re bringing you a comprehensive overview of the most relevant facts and figures to surf your way through 2021.

Surfing ain’t easy, but if anything — it’s rewarding and addictive. If you are considering to start learning, start from these basics. Read on and discover how many fellow-surfers there are worldwide, how much it all costs, and what the perks and injuries awaiting behind the waves are.

Moreover, the figure represents 5% of the world’s total surfer population, which is about 23 million people, as per the estimates. Besides, $7.3 billion is the average annual income produced by the world’s surfing industry.

Surf statistics and estimates indicate that by 2022, the global surfing market could make it to $9.5 billion.

According to some recent estimates, the world has 35 million wave riders in at least 162 countries. This is a huge leap compared to 2002 when there were only 10 million surfers in the world.

3. 46% of surfing-related injuries are leg injuries.

Furthermore, surfing injuries statistics reveal that the second most common type of injury in surfers is to the head and face (comprising 26% of the total number of injuries). Somewhat less frequent are trunk/back injuries (13%), followed by shoulder and arm accidents (13%).

4. Surfing board is the leading cause of injuries among surfers (45%).

Surfing statistics also report that in the majority of cases, an injury will be caused by a board — either another surfer’s or one’s own (45% altogether). A fall from a surfboard accounts for 36% of the injuries while bumping into the ocean floor makes up for 18% of all the injuries.

5. According to a study, 82% of experienced swimmers in Australia consider themselves competent enough to recognize a rip current, but are they?

As it turns out, not all of them are. Surfing figures from National Coastal Safety Report 2019 show that only 27% have proven capable of doing so.

Besides, 36% of the examinees admit that they consider surfing “not very or not at all safe,” 49% regard it as “somewhat safe,” while only 10% do not have any safety concerns about it.

6. Regarding surfing, death statistics show that 69% of young men (aged 16–39) think they have enough experience to take risks.

On the other hand, 56% of the rest share the same opinion. During 2018 and 2019, there were 44 drowning deaths during coastal activities, such as surfing, among young men aged between 16 and 19.

Based on the National Coastal Safety Report 2019 and surfing deaths statistics, the reason behind the staggering figures is that young men are fearless; they seem to be far more confident about engaging in risky behavior when compared to older generations.

7. Surfers make up the majority of shark attack victims (53% of the total cases), according to surfing death statistics.

Sharks frequently visit surf areas, and the dynamic of surfers’ movements is what tempts them to attack. After surfers, swimmers and waders seem to be the most endangered (accounting for 25% of incidents).

Waves hide a lot of dangers and thrills, but so do these following stats. Can you host 60+ people in your room? No? Try again, because apparently, this is how many people can fit on a single surfing board. Don’t trust us? Be our guest…

In his 1778 journal, brought to England by Lieutenant James King, Captain James Cook described a surfer on a wooden platform he saw trying to ride waves as “the one who had the supreme pleasure while he was driven so fast and smoothly by the seas.”

9. The largest wave ever recorded surpassed the height of the Empire State Building by 500 feet.

Surfing facts tell us that the 1738 feet tall (530 meters) tsunami wave of 1958 that struck Southern Alaska was about 500 feet taller than the Empire State Building.

The tsunami occurred after a magnitude 7.7 earthquake, which triggered a rockfall, subsequently identified as the main reason the wave was so massive. It was later discovered that the rock that fell into the bay was huge (2,400 feet x 3,000 feet) — it was as if an asteroid had hit the bay.

10. Surfing trivia: Actress Cameron Diaz broke her nose four times, and surfing is to blame for one of these accidents.

For an actress that grew up in California, it’s not a surprise that surfing has been a part of her lifestyle. So have accidents. She reportedly broke her nose four times in total, and one of the incidents was surfing-related. It happened when someone else’s board hit her in the face while she was surfing. Nevertheless, she still seems to be an avid surfer.

11. 66 remains the highest number of people riding on one surfboard.

According to one of the most fun facts about surfing we stumbled upon, during the International Surfing Day celebration in 2015 (held in California each year), 66 people aged 15 to 79 caught a wave on an extremely large surfboard, succeeding to balance for 12 seconds. They are still holding the record for the largest group of people surfing on one board.

12. Australia surfing facts report that the oldest surfing competition was first held in 1962, in Torquay.

Not only is this the oldest Australian surfing contest, but it is also one of the most eminent ones worldwide. Here’s an additional fun fact to know: Torquay is also where boardshorts originate from. Two surfers from Torquay started making boardshorts in their garage, in 1969, and this is how Quiksilver, today’s most famous surf clothing brand, came into being.

13.  The Seven Mile Miracle is a sacred place for the surfers of Hawaii, but also among the most dangerous ones.

As per surfing facts, in Hawaii, The Seven Mile Miracle is one of the most renowned surfing spots. The seven-mile coastline (11.2 kilometers) comprises the most prominent big-wave beaches.

However, it is also one of the most dangerous places for surfers — the lifeguards observing the coast report having to intervene around 1,000 times a year.

14. The longest surf ride ever lasted 235 minutes, and it involved an artificial wave generated by a powerboat.

Facts about surfing state that during the 2011 Canal Cross competition, Gary Saavendra, the Panamanian multi-title champion, rode a 41.3-mile wave, and it took him almost three hours to complete the journey. He thus surpassed Steve King from the UK, who had until then held the record for a 66-minute wave ride.

15. Surfing trends reveal there are more and more female surfers.

There aren’t many female-dominated sports, and surfing still isn’t an exception, but this could change in the future.

The research has shown that an increasing number of women are getting interested in both recreational and professional surfing since they’re getting more and more acknowledgment in the world of surfing.

Therefore, many women now participate in the famous Big Wave competition, and what is more, the World Surf League has started a Women’s Championship as well.

What are the benefits of surfing?

Wave riding is not a simple task. It is a full-fledged workout that requires physical fitness and strength. It improves cardiovascular health, strengthens the muscles (especially back and shoulder muscles, leading to better posture and overall stability of the spine).

Moreover, it is an outdoor (and mostly ocean-based) activity, which automatically means plenty of fresh air.

Of course, spending time in the water is known to burn calories, too. This might encourage you to eat healthier, opting for more nutritious meals to have more energy for your favorite activity.

The first surfers could have been seen in Polynesia — several cave paintings dating from the 12th century seem to represent people paddling through the waves.

It is believed that eventually, the Polynesians brought surfing to Hawaii and popularized it to the extent where it was even considered an essential part of religious rituals.

How dangerous is surfing?

Since it is usually practiced in an unpredictable environment such as the ocean, there are certain risks of fatalities. To reduce the potential risks, it is of the utmost importance to approach surfing seriously, acquire steady knowledge about waves, and never overestimate your abilities.

Also, having the proper equipment, avoiding overcrowding, and making sure you’re always close to the lifeguard tower are some of the essentials things you should never forget.

How long has surfing been around?

It is uncertain when exactly it was invented (as per cave paintings, it was practiced as early as the 12th century), but the earliest written document on it dates back to 1778.

Even though it is not the safest activity to engage in, surfing is undoubtedly a beautiful experience for the brave ones, and thus continues to gain popularity year by year. It was hard to enjoy surfing unless you are lucky enough to live by the ocean during the previous year, but we hope 2021 will change that.

It is not merely a sport, but also a symbol of a whole new universe emerging from a youthful, free-spirited culture, as a contrast to the rigidity of an average working day in the modern urban society. We believe these surf statistics have managed to put both risks and benefits into a somewhat broader perspective.

Sanela has always found pleasure in studying linguistics and the way language forms modern-day human interactions. As she pays great attention to detail, she’s especially fond of written language, a powerful tool that lets her shape her thoughts into words as precisely as possible. Apart from this passion, she’s a devoted researcher of a wide variety of topics, ranging from health to human relationships. 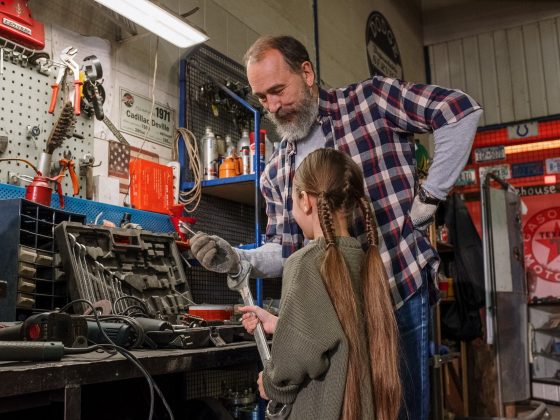 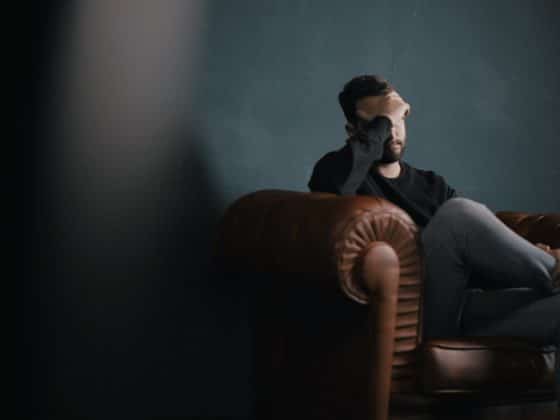