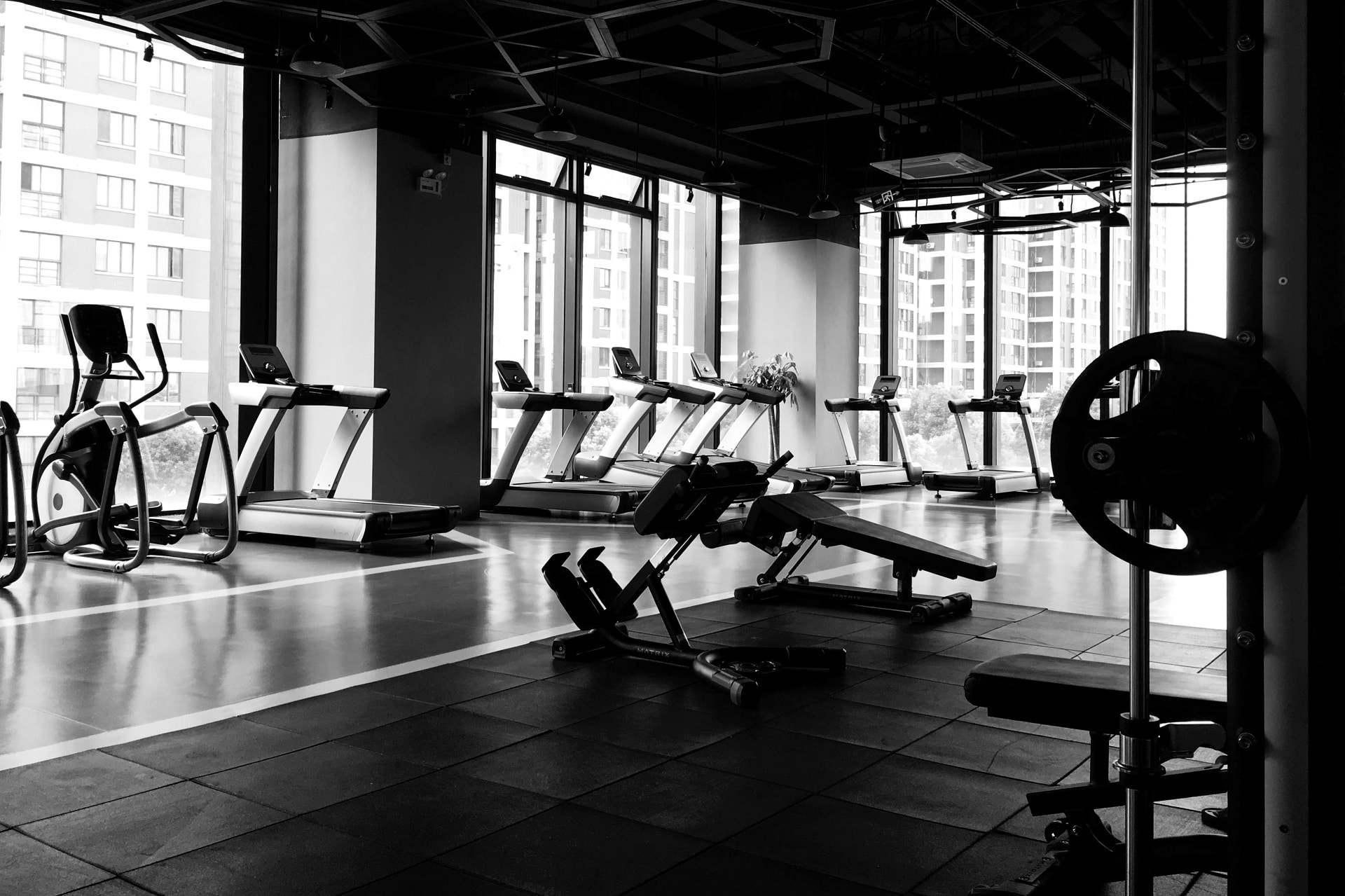 The Top 29 Gym Membership Statistics for a Better 2020

Have you ever wondered how many people go to the gym? Who likes lifting iron more – millennials or Gen Z-ers? Are all those January, New Year’s resolution myths true? How much do we spend on our memberships (and all the expenses that go with them)?

Our gym membership statistics article can help you get answers to all of these questions, and more. It doesn’t matter if you’re going to a regular gym, a powerlifting dungeon, a CrossFit box, or a boutique fitness center/health club, as long as you are into fitness, you will definitely find the information below useful.

The Top Ten Gym Membership Statistics to Keep in Mind

According to data and gym industry statistics, the gym industry had $27.8 billion in 2017 in terms of revenue, and it will, if it does not lose momentum, reach $31.53 billion by the year 2021. On a global scale, Wellness Creative Co. states that the growth rate of the fitness industry in 2018 was at 2.6%, with revenues up to $83.1 billion in 2016.  This is reflected in other areas and specializations. For example, CrossFit is at four billion dollars of revenue every year.

2. People are willing to spend extra money just to get into a gym closer to their homes.

One of the most important things when it comes to getting results at the gym is consistency. For this reason, people prefer going to a gym that is as close to their home as possible, since it makes things much easier. Statistics of gym users and their spending habits show that they are willing to pay $10 to $50 dollars more per month if they can get a gym that is closer to their place of residence.

3. American adults spend, on average, $155 per month on fitness and health.

From a survey that includes around 1,350 US adults between the ages of 18 to 65, the gym goers statistics and data show that people spend an average of $112,000 on fitness during their entire lifetime. This is also $13,000 more than an average four-year degree.

4. Households with income levels of $75,000 and higher make up the majority of gym memberships.

Data from IBIS World claims that smaller budget gyms are thriving, while expensive all-inclusive clubs are going down. However, the statistics of gym goers still show that households with an annual income of $75,000 present the majority of US fitness club and gym memberships. This is almost twenty thousand dollars more than the median average US household income.

An important part of any gym or health club is its core users – people who use their facilities more than 100 times per year. They provide regular patronage through membership rates, and are more likely to spend money on other services within the gym. It might be interesting to note, then, that the stats on gym members and demographics show that most of the core users have an income higher than $150,000.

Data gathered by IBIS World show strong growth in this field from an unlikely source. The baby boomer generation is becoming more and more concerned with health-related issues, IBIS World claims. Trying to maintain and improve their health, focusing on obesity, aging populations have actually led to an increase in gym memberships.

7. Millennials represent 33% of all health club members, with the silent generation being at 7%.

8. Baby boomers are the most active gym members.

Baby boomers are the most active gym members, having roughly 131 visits annually, even though millennials make up more active members. Relevant gym membership statistics for 2019 show that Gen Z members visit the gym somewhere between 65 and 78 times, a significant decrease.

Gym goers of different ages don’t only differ in activity and attendance. Different generations prefer different facilities. Gym industry statistics show that Generation Z prefers nonprofits or some YMCA-like organizations. Millennials like both fitness-only clubs and nonprofits, while the boomers are most likely to take part in fitness-only clubs.

Besides generally different preferences in facilities, generations also have preferences when it comes to exercises. Boomers between the ages of 55 and 64 prefer walking, cycling, and some dumbbell work. Further gym statistics in the US show that the silent generation and boomers older than 65 prefer aquatic exercises within their chosen facilities.

According to gym gender statistics, women prefer fitness classes, Pilates, dance, step, and choreographed exercises you can do to music. Essentially, they prefer group programs. Men, on the other hand, prefer equipment-based exercises, like lifting weights, using resistance machines, rowers, stationary cycles, and similar. Furthermore, there are also differences in injury rates between men and women, also dependant on the type of exercise they partake in.

12. Around 47% of all official USA Weightlifting athletes are women.

The gym statistics on the ultimate, world level, are pretty positive. Namely, USA Weightlifting, the official weightlifting federation of the States, has an almost equal distribution among genders in its ranks. 47% of its members are women. Furthermore, America’s women’s weightlifting team is among the top three in the world.

Home gym exercising is pretty popular. Whether a person has an exercise bike, a bench, cross trainers, or even an entire gym, it all counts. In 2006, there were roughly 26,69 million home gym exercise participants in the US. However, according to home gym statistics, this number has dropped down to 25.51 million in less than 7 years.

(Centers for Disease Control and Prevention)

One of the more depressing facts about modern America is that 71.6% of adults are overweight. Of this number, 39.8% are actually obese. Still, all the positive gym membership statistics indicate that this might change in the future.

15. Planet Fitness has over 6 million members, and the number is growing.

Established in 1992, Planet Fitness is one of the more famous gym chains in the US. It is among the top 25 fastest growing franchises in the US, which at least points to a more positive change in fitness membership trends and US society. This change is not only good in terms of people getting more exercise, but also because of the spreading of Planet Fitness’s judgment free approach to working out.

Franco Columbu, Frank Zane, and of course, Arnold Schwarzenegger, all went to the famous Gold’s Gym in Venice, California. However, due to a strong gym membership decline, Gold’s went from 600 locations to 400, and it’s still going down.

17. Canadians don’t get as much exercise as they should.

Less than 2 out of 10 Canadian adults follow the latest proposed guidelines for physical activity. The fitness and gym statistics for Canada show that people fail to meet the proposed two and a half hours per week of moderate exercise.

18. There are roughly 10 million gym members in the UK right now.

There are roughly 7,000 gyms on the island. Furthermore, the market value of this industry is rising, being at just under five billion British pounds, with 10 million total members. In other words, according to gym membership statistics in the UK from 2018, one in every 7 people in the UK is a member of a gym.

19. In Ireland, half a million people are health and fitness club members.

According to gym membership statistics from 2017 for Ireland, there are roughly 710 health and fitness clubs. These facilities serve 500,000 people, which is 10.5% of the population.

20. More than 50% of all people exercising will drop out after the first 6 months.

21. Members who go with monthly instead of yearly gym contracts have a 17% greater attendance rate.

One of the more interesting gym attendance statistics is that people who actually go with shorter, monthly contracts, tend to stick to their exercise routine more. One of the explanations noted by this Berkeley paper is that people with yearly contracts are overconfident about their future efficiency and self-control.

In 2017, US clubs had an increase in membership by more than 6.3%. Namely, the gym membership statistics show that in 2016 there have been 57.3 million gym members in America. Furthermore, there have been another 9.1 million non-member users who claimed they had used a fitness club at least once during a specific year.

23. Roughly 47% of gym and fitness club members are core users.

As we’ve mentioned, core users are people who use their fitness clubs and facilities more than 100 times per year. Gym membership stats show that almost half of all fitness facility members are core users. However, this depends greatly on the type of facility. Boutique clubs have the lowest number of core users, being at somewhere between 28% and 38%, while fitness only clubs are at 53%.

24. There are predictions that the fitness industry will have 230 million members by 2030.

There are some positive global gym membership trends. According to The International Health, Racquet & Sports club Association, health clubs are on the rise and are going to reach 230 million members in ten years. With the global revenue of $94 billion, it just goes to show how valuable fitness can actually be.

25. Roughly 20% of fitness facility members go to more than one facility.

Another one of the more interesting fitness gym statistics is that a fifth of all fitness facility members go to more than one facility. However, the actual type of facility dictates how “loyal” its user will be. Fitness-only facilities have the largest commitment, at 75%. Boutique fitness studies, however, have a 35% “loyalty” rate.

26. There was record high growth in the fitness industry on a global scale in 2018, at 183 million users.

Statistics on gym memberships show a record high growth on a global level. It reached 183 million users, with a revenue of $94 billion and 210,000 facilities.

There are roughly 210,000 health clubs all around the world. Of this number, relevant gym statistics show that America is in the lead, with 38,477 clubs. Next in line is Brazil, with 34,509 clubs. Furthermore, gym operators in the US and in Japan dominate the top 19 spots. The strongest fitness operator is Konami Sports and Fitness, with an annual revenue of $2.43 billion.

28. The average duration of health club memberships is 4.9 years.

According to gym membership statistics from 2018, health club memberships last for around 4.9 years. Furthermore, it might be interesting to note that the individuals that are 65 years and older were members, on average, for 7.3 years. In contrast, the 18 to 24 group were members for 2.8 years.

There is this stereotype that the gym industry has low retention when it comes to its members – i.e. customers. However, the gym membership retention statistics gathered by Wellness Creative Co. point to the opposite. This is especially important when you take into account that membership fees make up roughly 80% of overall revenue for a gym.

According to a survey that included 5,313 gym members, 63% of memberships go completely unused. Around 82% of gym members go to the gym fewer than once a week. A further 22% stop going after about six months.

The gym membership statistics above will hopefully shed some light on the gym industry and the people who love spending time in gyms. Fitness fanatics, health freaks, and the average Joe and Jane are all working on their bodies and their health. Whichever category you fall into, we trust you will find some use from this article.

Being a curious perfectionist, Tamara has always been interested in all the little tricks the English language can play on us. Another unique skill of hers is research—if something exists on the internet, she can find it no matter how deep it might be hidden. Plus, having a degree in English language and literature, working on her Ph.D. studies, and having experience in writing, research work, and proofreading, it can be said that she loves a good challenge. 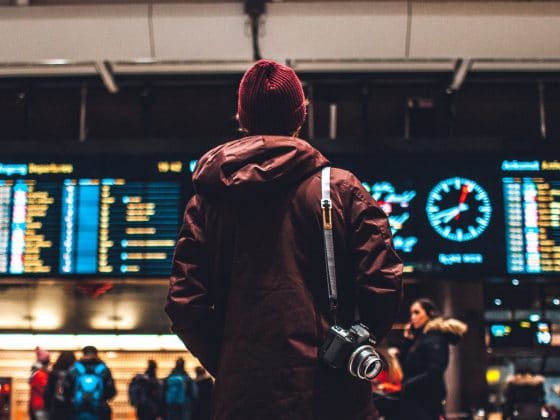 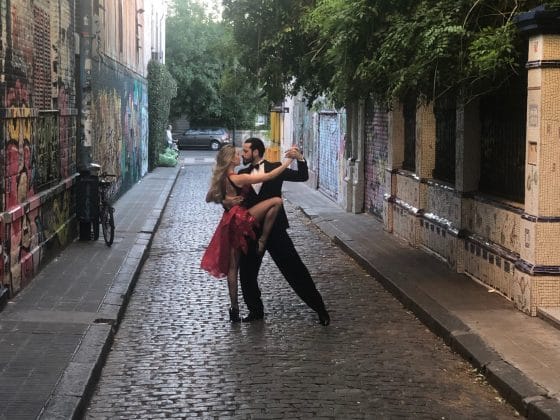 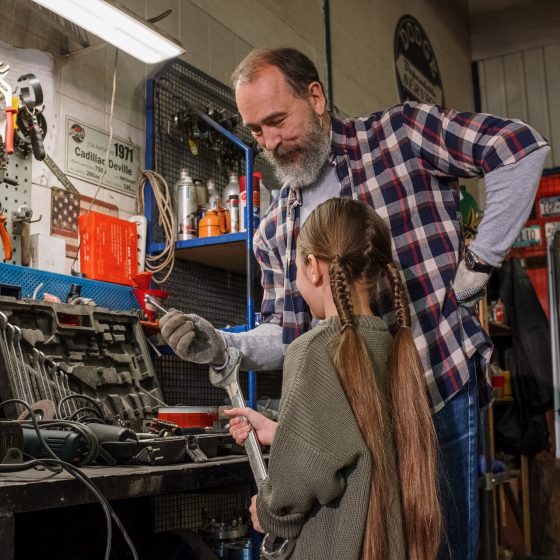 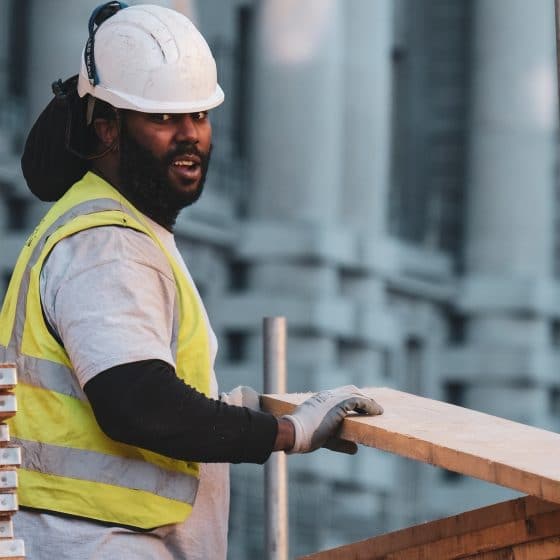 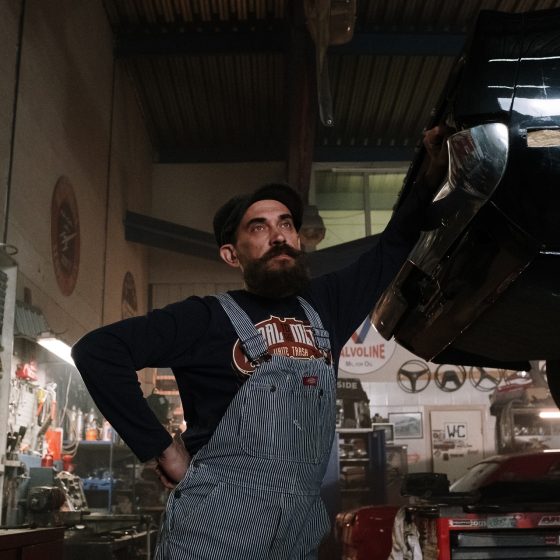 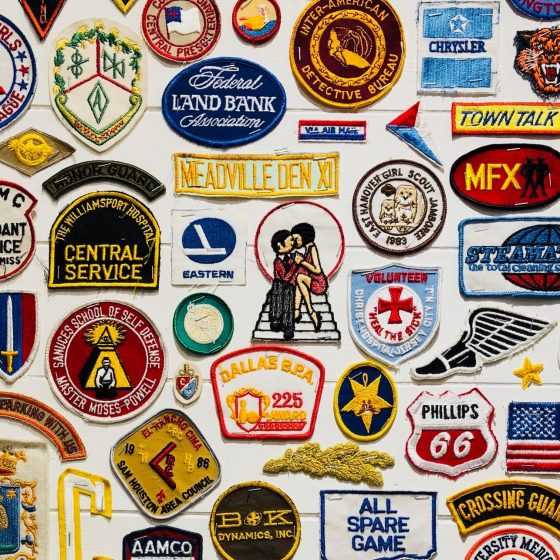 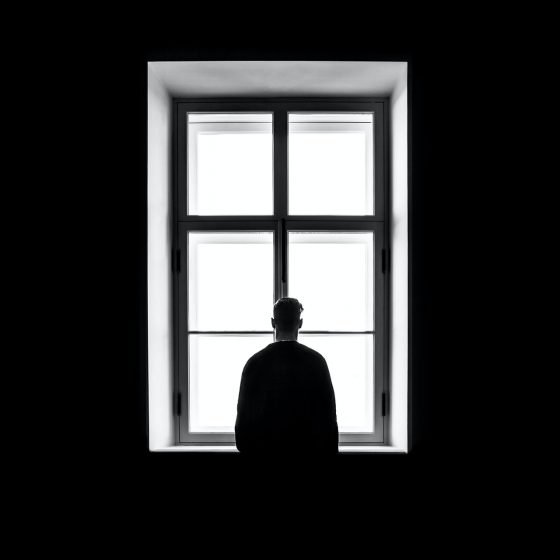 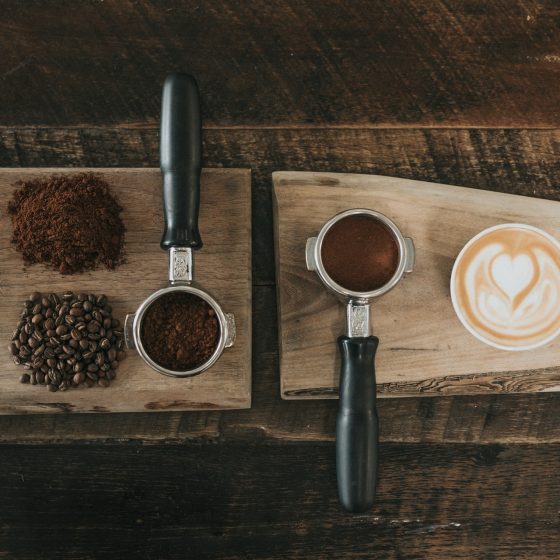 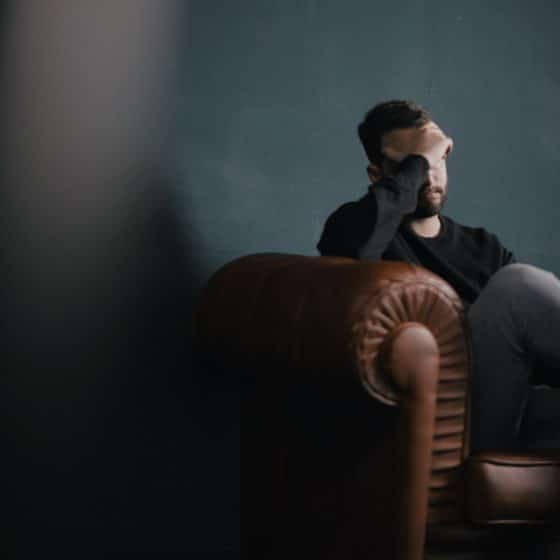 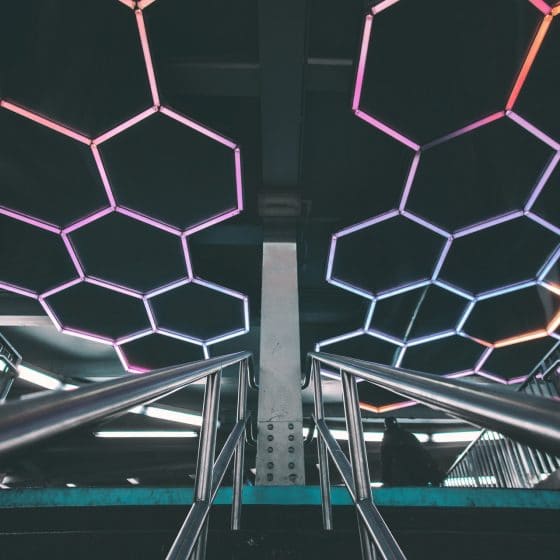 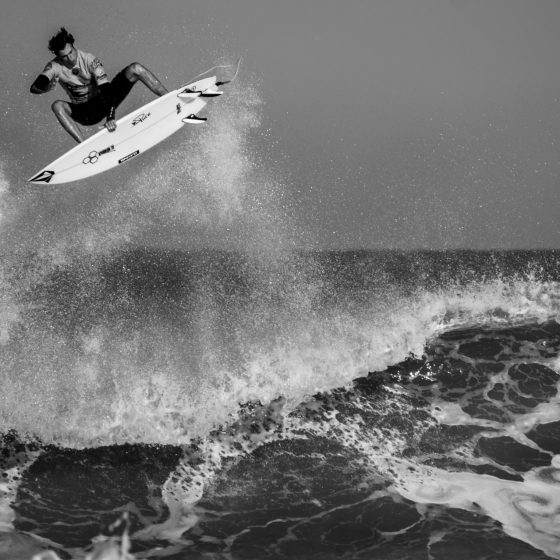