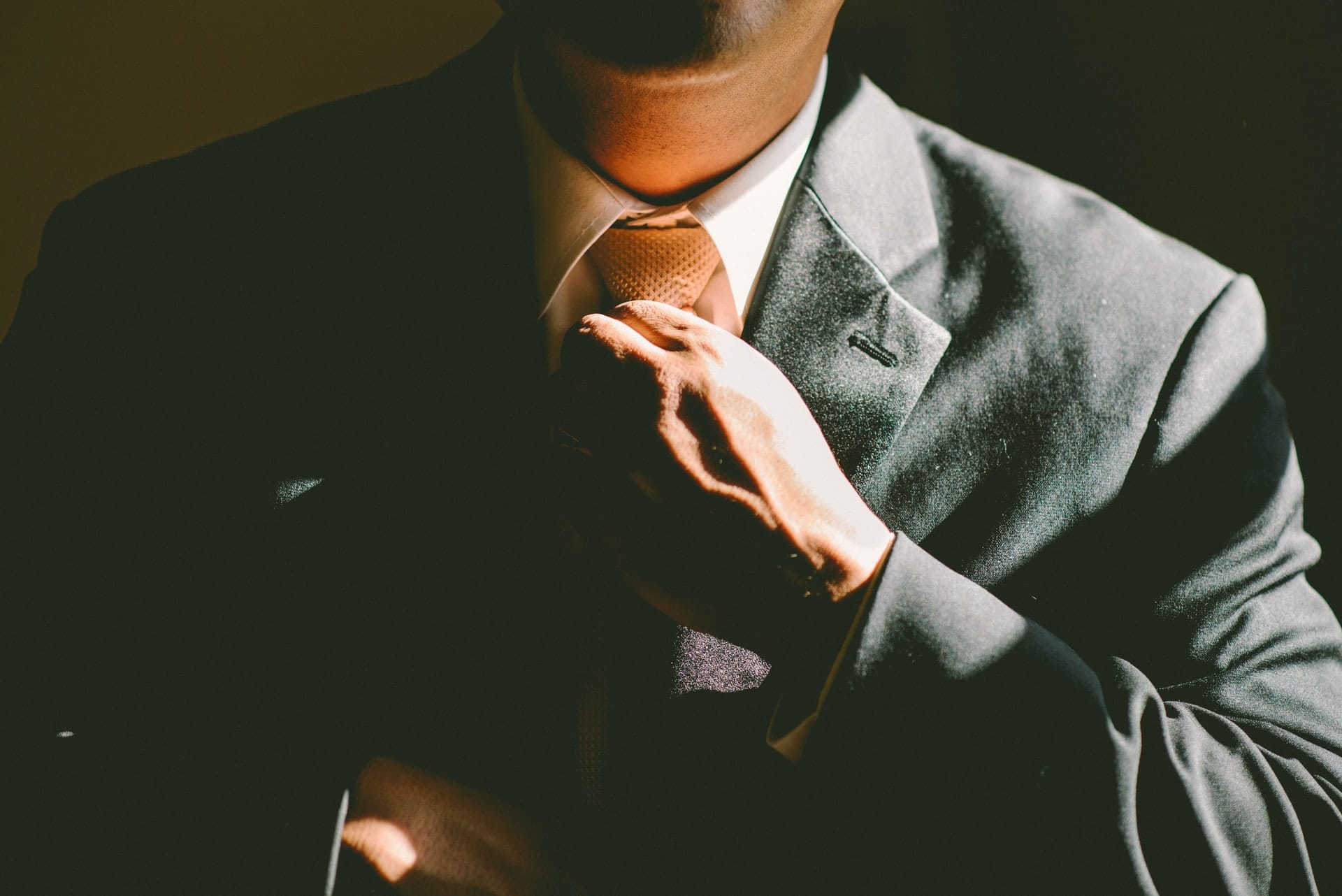 Best 20 Entrepreneur Stats for A Successful 2021

There is something very exciting about starting your own company. You get a sense of freedom, of being your own boss, of becoming the master of your fate. But of course, there is some danger here, especially in the unpredictable times we’ve been experiencing over the last year.

These entrepreneur stats can show you how realistic this path is, as well as how dangerous (and lucrative) it can be. You need to make a sizable investment, both in terms of time and money, and failure is a real possibility. However, not many things can match the satisfaction you can get from starting your own enterprise.

The stats and facts below can give you a clearer image of what it’s like being an entrepreneur in 2021, how many entrepreneurs there are, and maybe a glimmer on the odds of you succeeding.

Entrepreneurs in the US

America has a reputation for being a country of visionaries, innovators, and entrepreneurs. This is why we chose to specifically look into the US entrepreneurship statistics and find out why America is the place to be if you are an aspiring entrepreneur.

1. The US has, roughly, 8 million minority-owned businesses.

One of the more interesting entrepreneurship facts is that, in 2016, there were 585 billionaires. Of this number, 80% are “self-made” and did not inherit these billions. However, most of them did have strong foundations and familial assistance from which they built their wealth later on. Of this number, the largest group (19.4%) works in finance banking and investing.

3. Around 55% of Americans believe they are capable of starting and running their own business.

These entrepreneur stats show how far American optimism goes. The number above represents the national average, a number that varies from state to state and city to city. In Miami, this number is at 60%, while Detroit reports 57%.

4. The US is the best country for entrepreneurship, with a GEI of 83.6.

This index includes both the abilities, aspirations, and attitudes of a country’s populace regarding entrepreneurship, along with the economic and social infrastructure.

5. Around 19% of all self-employed professionals in the US work in the construction/trades area.

Construction seems to be very popular among entrepreneurs. According to US entrepreneurship statistics, it’s at 19.6%. Next, 10.9% of all entrepreneurs are working in retail, while 10.7% are in real estate.

Another close one is consulting, with 10.3% of self-employed individuals working in this field. It’s interesting to note that marketing is at the very bottom when it comes to entrepreneurship, being at 1.7%.

6. More than half of all small businesses do not employ any staff.

Roughly 62% of all small business enterprises do not hire any staff, according to statistics on entrepreneurs.  The reasons might vary, from not having the need or the means to hire someone, to simply waiting for their business to develop.

28% of small businesses have somewhere between one and five employees, while 10% have more than 5.

7. Healthcare and social assistance industries are predicted to have the highest levels of growth by 2024.

According to industry and entrepreneurship growth statistics, the above two fields will have an increase of 21% in 2024 compared to where they were in 2014. The second place goes to construction, with 13%. On the other hand, the IT industry is expected to drop by 1%, while federal government jobs will be declining by 14% of what they were in 2014.

How do these stats compare to the conditions entrepreneurs have all over the world? How many entrepreneurs there are, and where do businesses have the greatest chance of success? Let’s find out!

8. There are 582 million entrepreneurs in the world.

These entrepreneur stats published in The Hill, and gathered by the Global Entrepreneurship Monitor, came from 65 different global economies. The Hill argues that having more entrepreneurs does not mean one society is better than another.

Rather, there also needs to be an assessment of not only how many new businesses cropped up, but also how many reached a mature, established business phase.

9. After the US, Switzerland, Canada, and the UK are the best countries for entrepreneurship.

10. Chad, Mauritania, and Burundi have the lowest GEI.

Further statistics on entrepreneurs published by the GEDI show that, of the 137 ranked countries, Chad, Mauritania, and Burundi are the lowest on the list. They have GEIs of 9, 10.9, and 11.8, respectively. Of course, this doesn’t mean that it’s impossible to start a business in these countries; it’s just pretty difficult.

11. Globally, 9% of all students want to become entrepreneurs after they finish their studies.

Global student entrepreneurship statistics from over 3000 universities, from 54 countries, show that many want to start their own business once they finish college.

While 9% want to start a business right after they get their diplomas, 34.7% want to do so within five years after they walk out of their universities. Furthermore, developing countries and Latin American countries show the highest numbers of entrepreneurial aspirations.

The situation has changed quite a bit, and the chances are that a 2021 millionaire entrepreneur looks no different than the average person you meet at the supermarket every day.

12. Roughly 30% of small business owners only have a high school diploma.

While it may help, having a college degree is not a necessary prerequisite to opening your own business. According to entrepreneurship stats gathered by Guidant Financial, 30% of business owners do not have a college diploma.

On the other hand, 4% of US entrepreneurs have a doctorate, while the vast majority did finish their college education.

13. There are 71 women entrepreneurs for every 100 men in the United States.

14. Roughly 64% of entrepreneurs in the US are Caucasian.

Furthermore, 8% of entrepreneurs in the United States are of Latino/Hispanic descent, while black entrepreneurship statistics show that 14% are African-American.

According to the report, these numbers do, to a greater or lesser degree, match US population demographics. The report also notes that there have been relatively higher levels of fluctuation among African American entrepreneurs in the US between 2013 and 2016.

15. Women own almost 12 million small businesses in the United States.

Female entrepreneur statistics show how much of an impact women have on the economy. The above small businesses have created jobs for about 9 million people, and they generate roughly $1.7 trillion.

Women own 39% of all US companies, and female-owned business numbers have seen a 114% growth rate in the last two decades.

What is interesting in entrepreneurship? What do people get out of it and what should you expect if you make the leap of faith? Read through these stats to find out!

16. Premature scaling is the cause of death for 70% of startups.

According to startup facts gleaned from a report from the Startup Genome, roughly 70% of the 3200 surveyed startups failed because of premature scaling. These statistics about entrepreneurs show that spending more money than is essential for growth before actually getting your own piece of the market leads to disastrous results.

The report also shows that nailing your product and idea takes two to three times longer than what most entrepreneurs expect.

17. Majority of entrepreneurs would not want to return to regular jobs.

It may come as no surprise that 97% of all self-employed individuals in the US do not wish to get back to the traditional work system. These entrepreneurship statistics are pretty clear – people do not regret going down this path.

18. Self-employed individuals have greater career satisfaction, which grows over time.

Around 61% of individuals with traditional jobs are satisfied with their careers, while self-employed people are at 71%. Furthermore, according to entrepreneurship statistics, this 10% gap grows over time as self-employed people get a better work-life balance, higher income, and improved health.

19. The most common challenges entrepreneurs face are finding good staff, getting new customers, and finding money to reinvest.

Entrepreneurship stats gathered by FreshBooks’ self-employment report show that 27% of entrepreneurs claim that finding good contractors is the greatest challenge, followed by 23% of getting customers, 22% to get more funds, 16% setting their prices, and 15% of those who think managing their time effectively is the most challenging aspect. People also report having trouble keeping costs down.

What are the five advantages of entrepreneurship?

While there are many advantages to becoming an entrepreneur, five stand out.

All of these can boil down to you having more control and more freedom.

What is the failure rate of all entrepreneurs?

(US Bureau of Labor Statistics)

Entrepreneurial failure rates vary across industries and countries. However, as far as the US is concerned, roughly 80% of businesses will survive the first year. These numbers continue to drop, where 70% of the previous survivors will go through their second year, 50% will survive their fifth year, and only 30% will reach their tenth year of business.

What does an entrepreneur do?

Entrepreneurs have a simple definition. These are people who create and start new businesses, who innovate and boost the economy through new and improved services, goods, ideas, or original business procedures.

Entrepreneurs and small businesses are key to a strong, healthy economy. They create jobs, provide advanced services and goods, and strengthen their communities and countries. In these challenging times, they took the hardest blow of the pandemic and managed to remain pillars of local economies.

The entrepreneur stats above show you the demographics and the realities of being an entrepreneur both worldwide and in the US. Hopefully, this will inspire you to pursue your dreams – and to prepare properly for doing so. 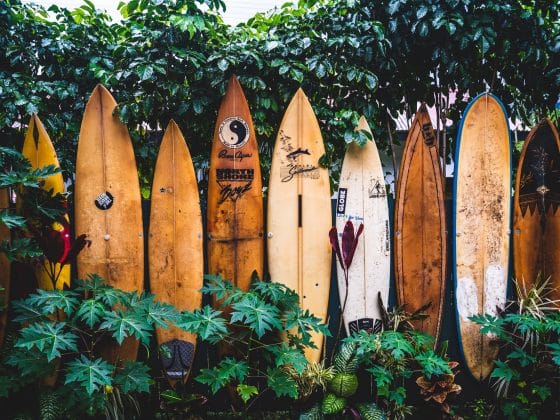 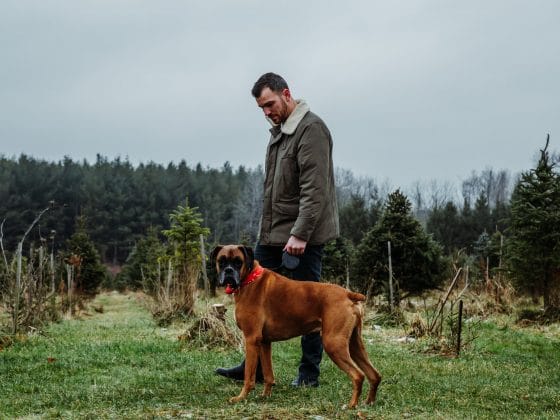