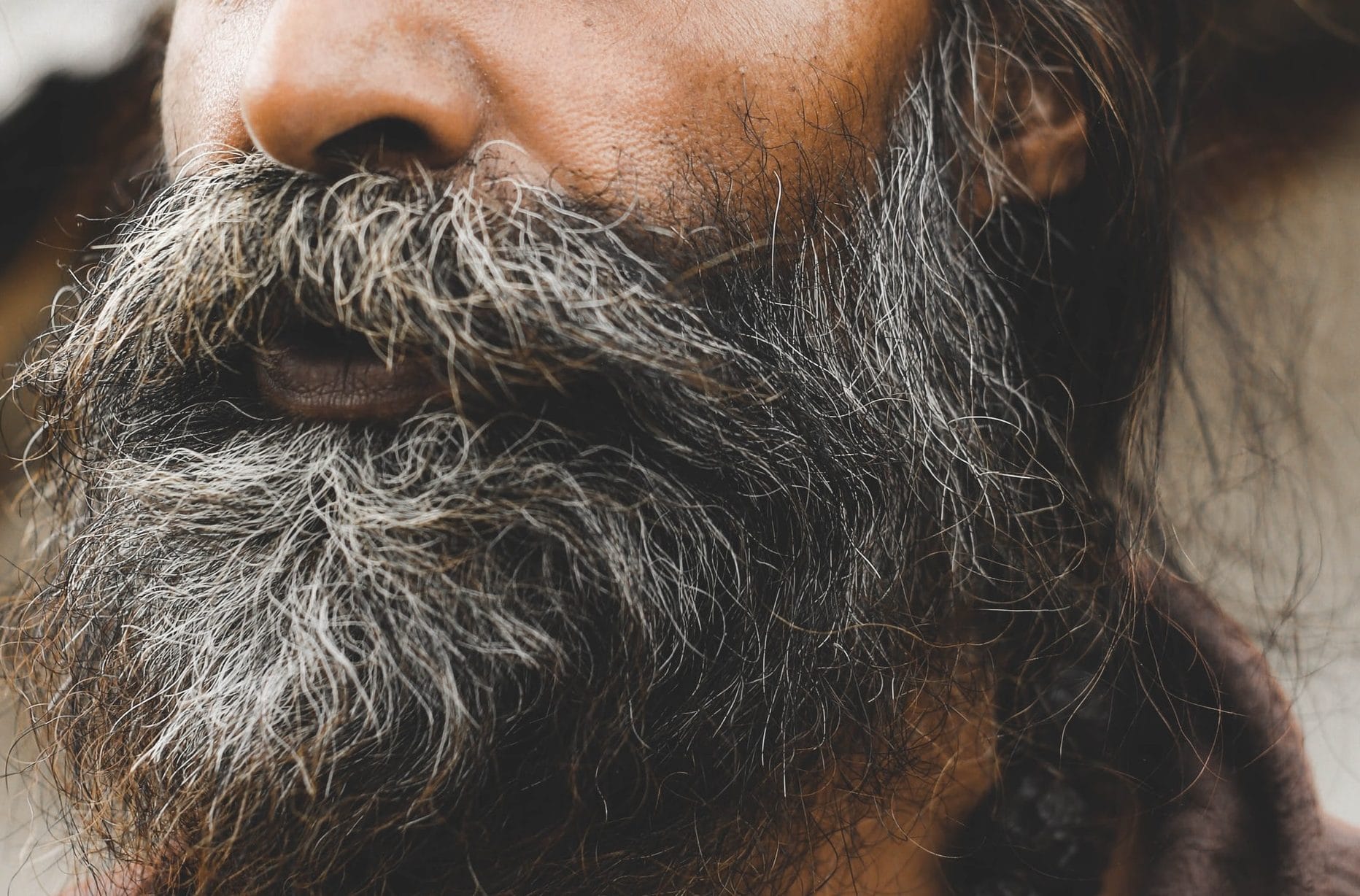 Do you think beards are just for hipsters? Do you believe men with beards look like unkempt Neanderthals, and that facial hair is full of germs and beard bacteria? Think again. Judging by beard statistics and facts, facial hair is the ultimate male style accessory that can not just transform men’s faces but also take their confidence, overall look, and personality to a whole new level.

So, whether you are rocking a bushy beard or thinking of going beyond the 5 o’clock shadow, we’ve got all the info you could possibly need on the health benefits and perception of facial hair, as well as the most fascinating facts and myths about men’s majestic manes.

With so many beard styles to choose from and so many celebrities as inspiration, it’s not surprising that the number of bearded men is growing. In the UK alone, the percentage of men with beards increased from 37% in 2011 to 42% in 2016.

Statistics on the beard care market predict this segment to reach $43.1 billion by 2026, thanks to the increasing number of health-conscious consumers. While sales of beard grooming products are on the rise, the US men’s razors and blades market is going down – from $2.4 billion in 2015 to $2.2 billion in 2018.

Growing a beard can be slow-going, seeing as how men grow an average of ½ inch every month.

4. 23.6% of the men surveyed said they couldn’t grow a beard, facts about facial hair reveal.

Men who couldn’t grow a beard were the most unsatisfied with their facial hair. What’s more, over one in five men said that not being able to grow facial hair made them feel less masculine.

5. 79.6% of men who can grow a beard said they consider themselves attractive.

67% of the respondents who don’t have issues growing facial hair reported being satisfied with their sex life. On top of that, beard statistics and surveys indicate that the majority of men with beards (and the ability to grow them) feel more confident at work and around potential romantic partners (75.9% and 77.9%, respectively).

How Are Men With Beards Perceived?

6. People will have a more positive impression of a person’s character if they don’t have facial hair.

And it’s not just trustworthiness – just 4% of respondents think men with beards are intelligent as opposed to 18% who believe that men with no facial hair are smarter.

According to a 2012 study, men with beards were perceived as more aggressive than men who had no facial hair. On the plus side, having a beard, facts from the same study show, was seen as a sign of higher social standing and a position of authority.

8. Beards can add as much as eight years to a man’s look.

When shown pictures of celebrities with and without beards, members of the public said that facial hair makes men seem older by an average of five years. They added that the longer the beard, the older it made the man look.

A 2009 survey of 500 HR professionals found that 90% of them believe that good grooming is the most important factor in making a strong first impression, more crucial than a firm handshake. It should be noted, though, that this study was carried out by Gillette, a company that sells men’s razors.

Opinions of gay men on beards seem to be divided. While one survey shows that 65% of homosexual men preferred the clean-shaven look, another survey on facial hair statistics revealed that gay men seem to like beards more than straight women do. And not just any kind of beard. Gay men like men with beard types similar to their own.

11. Based on facial hair alone, 41% of women find clean-shaven men the most attractive.

17% opted for a beard and mustache combo, and 7% believe that a man with a mustache emits the most masculinity. An earlier 2013 study, however, discovered that women find men with facial hair more masculine. In fact, facts on beards from this study showed that the more facial hair a man has, the more masculine he appears – especially to women in the fertile phase of their menstrual cycle.

31% of ladies who earned $100,000 annually think men with facial hair are unappealing, as opposed to 18% of women making less than $100,000 a year. The location also factors in – 52% of women from cities and suburbs are more attracted to clean-shaven men than 42% of women living in rural areas, beard facts show.

14. Heavy stubble is the most attractive, women say.

Beard types, such as heavy beards and light stubble, as well as no facial hair, were found to be equally less attractive to the female sex when compared to a 10-day beard.

15. Women who are into casual flings prefer men with a light stubble beard.

Women looking for a more serious relationship, a 2016 survey revealed, would prefer a man with a heavy stubble or full beard. This confirms the findings of a 2013 study that found women see fully bearded men as better fathers.

With an ultraviolet protection factor of up to 21, the bigger the beard, the more protection from sun rays, which in turn means less damage to the skin, fewer wrinkles, and lower risk of skin cancer.

17. Clean-shaven men are more likely to carry infection-causing bacteria on their skin.

Bacteria resistant to antibiotics are more likely to be found on men who shave than men with facial hair. Micro-abrasions on the skin, caused by frequent shaving, support the colonization and expansion of bacteria on the cheeks, research and statistics on beards and bacteria reveal.

18. Beards and mustaches also form a barrier from allergens.

Allergens still enter the body, but they enter it less easily when passing through facial hair, meaning that their effect is mitigated. In fact, in the 1800s, beards were prescribed by doctors. It was believed that Victorians saw a beard as a filter from the pollution in the air, catching impurities and germs before they could get inside the body.

A thick beard retains the natural oil the skin secretes to keep itself moisturized. Plus, facts about the beard show that facial fuzz protects the face from dryness and redness.

20. Beards aren’t dirtier than a toilet…

This belief isn’t based on sufficient scientific proof to be true. Even though the beards tested in the study were said to contain a disturbing degree of dirtiness, there were no comparable studies done to determine the levels of bacteria on the skin of clean-shaven men for conclusive evidence to be formed. Also, the level of beard bacteria varies depending on beard hygiene, facts and stats suggest.

22. One of the most widely-spread beliefs that shaving makes a beard grow faster is just a myth.

Shaving your beard will keep it neat and tidy, but it will not make your facial hair grow faster or thicker. In addition to other benefits, exercise, such as resistance training and weightlifting, will help your beard grow faster, as well as a good night’s sleep of six to eight hours and following the right diet (beard nutrition facts say consuming a lot of protein and vitamins is crucial).

23. Growing a beard will not make a person go bald.

Another popular myth about beards, probably encouraged by the prevalence of bearded bald men, is that growing a beard results in hair loss. However, studies have shown no direct link to suggest that losing hair is caused by the growth of beards and mustaches.

Hans Nilsen Langseth from Norway, also known as the King of Whiskers, holds the World Record for the longest beard, which was fully measured after his death in 1927.

25. There have been only five US Presidents with facial hair, the last of which was Benjamin Harrison.

Abraham Lincoln was persuaded to grow a beard by an 11-year-old Grace Bedell who believed that growing whiskers would help him get votes. Even though it wasn’t a full beard (it was a chinstrap, i.e., a beard without a mustache, facts about his beard reveal), Lincoln was still the first bearded president of the United States.

26. A mustache traps a pint and a half of beer a year.

In other words, mustached-Guinness drinkers waste around 162,719 pints a year just by trapping beer in their facial hair.

Is it unprofessional to have facial hair?

According to a 2013 study, 71% of Americans said they work with a mustached man or woman. This large number of employees with facial hair has prompted employers to revise their policy. So, just like with tattoos in the workplace, the stigma surrounding facial hair is slowly shifting. Today, 63% of job seekers said they had facial hair when applying for their current position, and as many as 90% of respondents said that they are allowed to wear beards at work.

While beards traditionally do not belong to the world of business (seeing as how only 2% of the World’s 100 richest men have facial hair), there is such a thing “corporate or business beard”– a beard that is usually ½ or 1-inch-long and trimmed with well-kept edges.

What percentage of men have beards?

According to one survey of 1,000 Americans, almost 62% of men had some type of facial hair. When it comes to types of beards they preferred, the short stubble was the most popular (almost a quarter of those surveyed). 17.4% said they had a full beard, 5.4% had a goatee, and 2.3% of respondents had a mustache.

Are beards still a thing?

Yes, beards are still in, even during the COVID-19 pandemic. Especially with some celebrities like Jim Carrey sporting a “quarantine beard.” But be careful – although it doesn’t spread infections, it can be harder to wear a mask under a full beard, so trim it as close to the face as possible.

How many people in the world have beards?

It is estimated that over half of men in the world have facial hair, and there are some women with beards, too. Harnaam Kaur holds the World Record for being the youngest woman with a full beard (a six-inch-long facial hair, to be exact).

Why do men grow beards?

Beards might be the product of evolution, researchers say, as a way to help men stand out from their competitors and become more attractive to women. In short, the more men in a society, the more awesome a beard a man should grow to get noticed.

Before We Cut It Short

A beard is so much more than just facial hair. It is a symbol of male dominance associated with wisdom, wealth, social standing, and well, coolness. And while beard statistics reveal polarizing opinions over the attractiveness and cleanliness of a man’s beard, there’s something undeniably hot and masculine about a bearded man. What do you think? Have these stats convinced you to dedicate more time to beard grooming, or do they have you reaching for the razor? 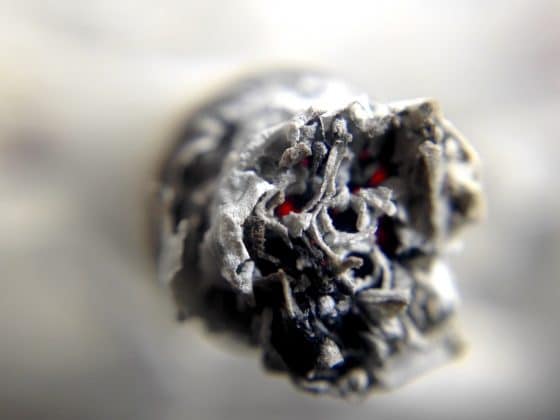 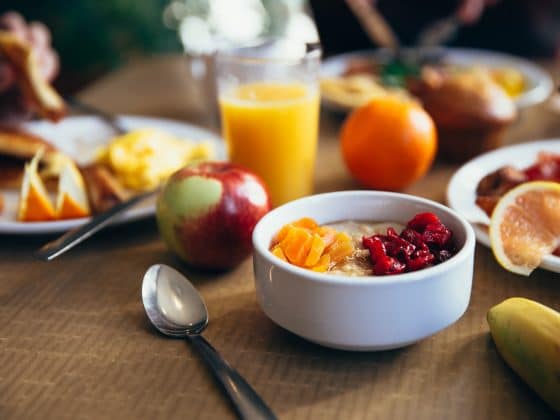